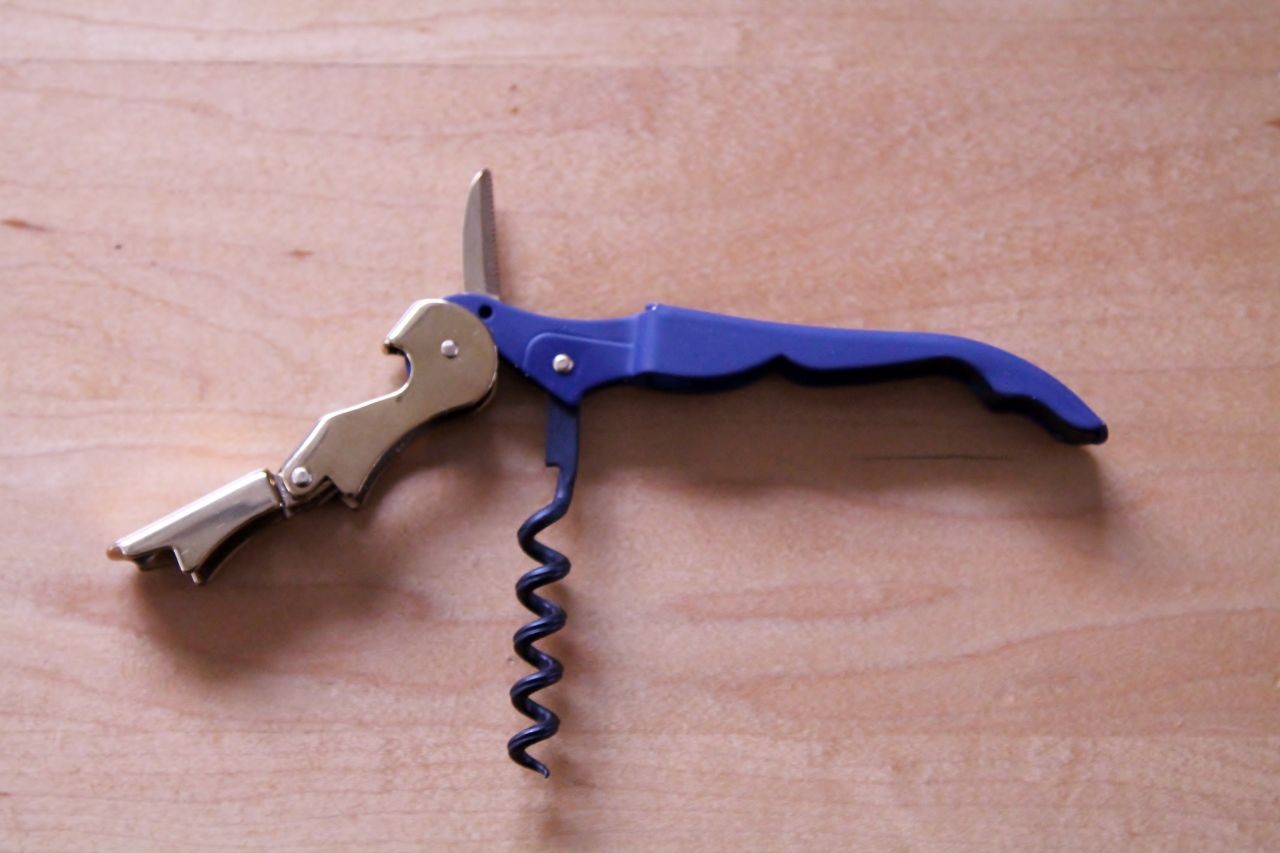 It's not something into which most people put a lot of thought, but if you open bottles of wine regularly, the proper opener is absolutely something to look into. Everyone has their favorites, and I've used about a billion different styles of opener over the last couple of years.

Honestly? Most of them are absolutely terrible.

There are wine openers that are necessary for certain tasks (a two-prong Ah-So is perfect for opening a really old bottle without the cork crumbling) or help with arthritic hands (the automatic Rabbit corkscrew is great for people with limited dexterity of the wrist or fingers), but the majority of wine openers are too overwrought and ineffective to be useful.

If you've ever purchased or been given a "full bar kit," I can almost guarantee that the cheap "waiter's helper" corkscrew will have a dull knife, a hooked lever arm, or a shiny chrome corkscrew--or worse, all three! The knife or rotating foil-cutting blade will not effectively cut through the foil on a wine bottle neck. The hinge is hard to maneuver once you get the corkscrew into the cork, making it likely to chip the glass or break the cork. And the screw will rust and break the cork into small chunks that end up in your glass. Why do these cheap versions even get made?

Dealing with the awful versions of a waiter's friend opener is enough to go buy the lever-press corkscrews. I have one of these, and it works just fine. But it's bulky, and the foil-cutter has the stupid rotating little metal blades that don't cut through foil, and corks have a tendency to get stuck on the screw. Plus, if you ever want to get a full pat-down by a TSA agent, try sticking one of these in your carry-on luggage! Mine mostly stays in a drawer.

I don't even want to talk about the cork-destroying corkscrew with the two levers that rise as you twist the screw in. Other than to say that the top is useful as a beer-bottlecap opener and it's fun to make the thing look like it's doing jumping-jacks.

Hands down, the best wine opener is the non-stupid waiter's friend. This version has a hinge on the lever arm, a sharp and serrated knife to cut the foil, a solid grippy handle, and a coated corkscrew. It cuts through foil easily, it rests easily on the lip of the bottle to smoothly extract the cork in two pulls, and the screw doesn't rust or maim the cork as you insert it!

I use the Franmara version, as do most wineries that stock branded corkscrews. They cost about ten dollars, and I've never seen one break or ruin a bottle of wine it was opening. It's easy to use, comes with a beer cap opener integrated into the handle instead of the lever, and tiny enough to fit in your pocket or purse and carry around, just in case you encounter a wine bottle that needs opening. Though I still wouldn't try to get one past TSA.