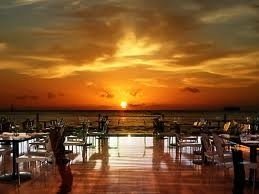 From the mountainous coastal region of Southern Peru where he was born, Chef Carlos Altamirano incorporates his natural understanding of authentic Peruvian ingredients with his passion for cooking to create for you a truly unique Latin American experience, unlike any other.

A native of Peru, Altamirano began his culinary career as a teen, working alongside his mother. In 1994 Chef Altamirano left his homeland for San Francisco and honed his craft as an apprentice to some of the City’s best known chefs: Reed Hearon, Rose Pistola and Restaurant Lulu, Bob Helstorm, Grand Café and Kuleto’s, Dave and Ann Gingrass, Hawthorne Lane, and Bradley Ogden, One Market Restaurant.

He then opened Mochica in January, 2004, Piqueos in 2007, which resulted in extensive critical acclaim and a loyal clientele. People have been flocking to his South of Market location ever since. Here he has masterfully created a beautiful interpretation of Peruvian fusion cuisine, which quickly made Mochica a destination restaurant known for its compelling cuisine. Chef Altamirano’s creations are always made with authentic Peruvian ingredients many of them brought to him regularly from Peru to enhance the true taste of this amazing Latin American cuisine. His love and respect for great food is the cornerstone of Mochica’s menu, concept, and reputation.

I love this place! The downstairs is comfortable and more casual but has a beautiful view of the ocean, with the option to sit outside under heat lamp or around a fire pit. Ceviche and various paellas dishes are some of my favorite items on their menu! It's a hidden gem in the Half Moon Bay area!

Would you return and/or recommend to a friend?
Yes
Noise level during your visit?
Moderate
Comments (0)
Was this review helpful to you?
Tweet